Today, I’m going to review my online test, chapter 5 of Oracle CertifiedAssociate (OCA), provided by SYBEX. If you need to access to this onlineresources, you need to buy their book first. Seehttps...

Today, I’m going to review my online test, chapter 5 of Oracle Certified Associate (OCA), provided by SYBEX. If you need to access to this online resources, you need to buy their book first. See https://sybextestbanks.wiley.com/. 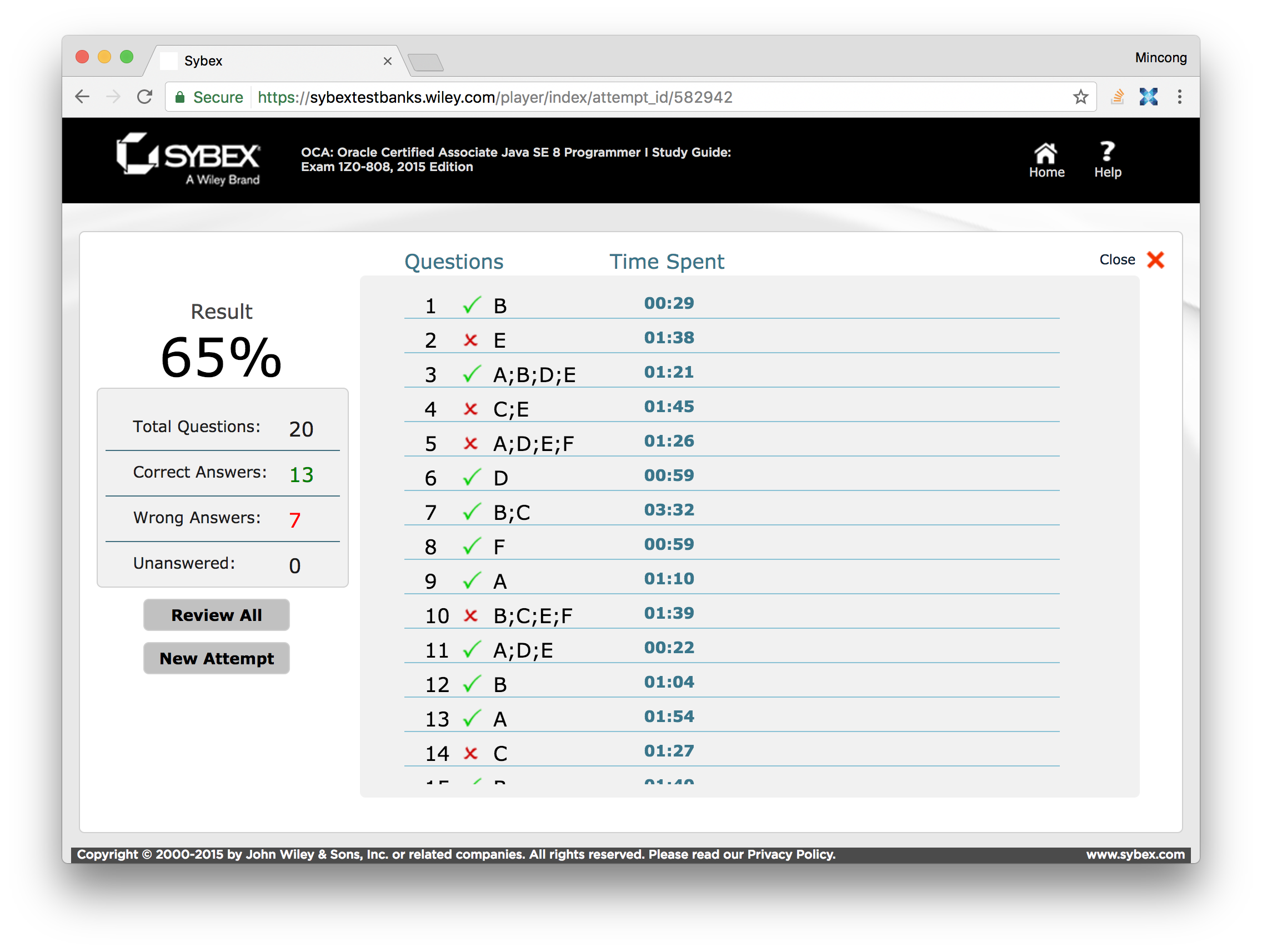 What is the output of the following code?

Which statement(s) are correct about the following code? (Choose all that apply)

The answers is CE. The code does not compile so answer A is wrong. Option B is wrong because a subclass can throw an exception which is a subclass of the exception in the parent class. However, a subclass cannot declare an overridden method with a new or border exception than in the super class, since the method may be accessed using a reference to the superclass. Option C is correct. The return types are not covariant, in particular, Number is not a subclass of Integer. Option D is wrong. A subclass can have a higher visibility than its parent. Option E is correct. For non-private methods in the parent class, both methods must use static (hide) or neither should use static (override).

Which modifiers are assumed for all interface variables? (Choose all that apply)

Which statements are true about the following code? (Choose all that apply)

What is the output of the following code?

The answer is B. An abstract method does not have body.

What is the result of the following code?

The answer is A. The code compiles here, so options CDE are wrong. The tricky thing is that when Pelican extends Bird, bird’s method fly is hidden, not overridden since it is private. With a hidden method, the location of the caller determines which method will be used. Since it is located in the class of Bird, the method of bird is used. So A is correct.