If you are an experienced Java developer, you must be familiar with dependencies. Dependency management is one of the most frequent tasks we handle as a developer. To avoid reinventing the wheel, we add dependencies into our project and use the existing solutions. But once a dependency comes in, we need to maintain it by upgrading the version, updating our usage in the code, avoiding dependency conflicts, applying security patch, and more.

That’s where Maven Dependency Plugin comes in. Thanks to this plugin, we can analyze dependency usage, detect duplicates, resolve plugin and their dependencies, etc. Today, I will focus exclusively on its goal dependency:tree, which allows inspecting the dependency tree of a given project. This article uses the source code of Apache Commons CLI and Checkstyle as samples. 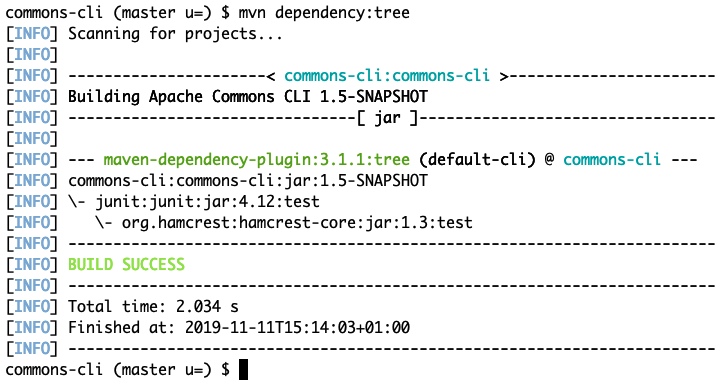 And symbol “\-” means the node below is a child dependency of the node above.

While command mvn dependency:tree is easy to use, it also brings all the dependencies to the result. Meanwhile, you might only interested in some of them. One possible solution is to filter the result per scope. This can be done using the command-line option scope. For example, displaying only dependencies of scope “compile” can be done as:

Here is an example for Apache Commons CLI, the result is empty because it does not have any dependency for compilation:

Or another example for Checkstyle: 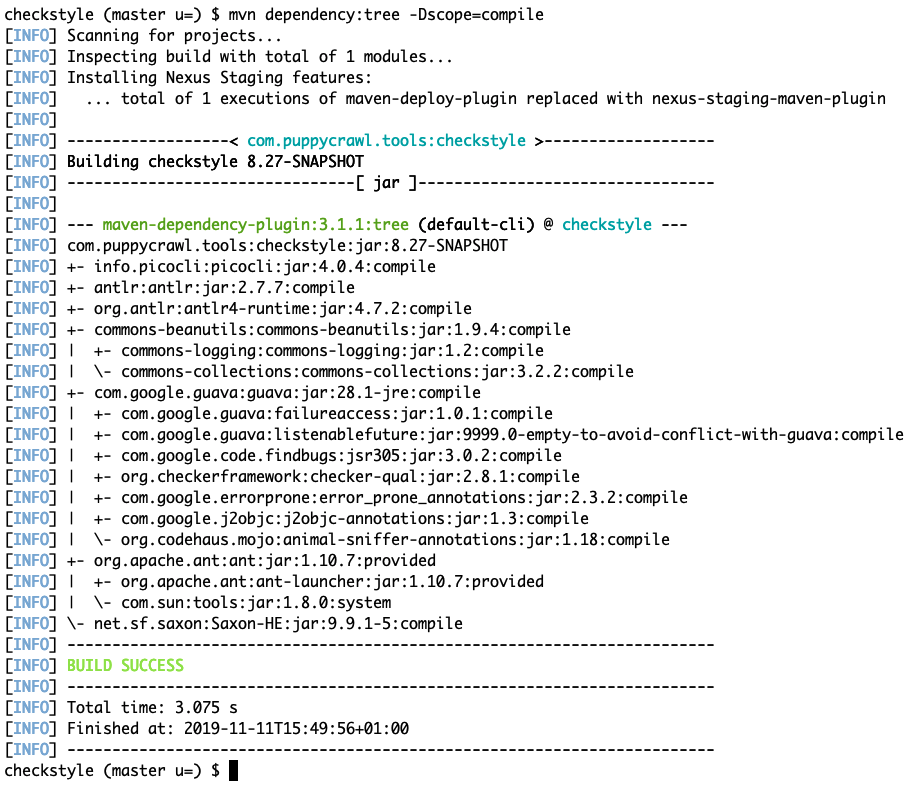 If you want to learn more about the dependency scope of Maven, you can see “Dependency Scope” in Maven documentation “Introduction to the Dependency Mechanism”.

You can use options include or exclude, respectively for including or excluding dependencies which match your expressions. Expressions are a comma-separated list of artifacts to filter from the serialized dependency tree.

Here is an example for listing all the spring-web dependencies from project linlinjava/litemall for its module litemall-admin-api:

For decades, the discussion of software reuse was far more command than actual software reuse. Today, the situation is reversed: developers reuse software written by others every day, in the form of software dependencies, and the situation goes mostly unexamined. Russ Cox, a Google employee, has written a very article about dependency: Our Software Dependency Problem, where he explained what is a dependency, what could go wrong, dependency inspection (design, quality, testing, debugging, maintenance, usage, security), dependency testing, abstraction, isolation, and much more. I highly recommend this article to you.

Today, we saw how to display Maven dependency tree via Maven Dependency Plugin. Also, how to filter dependencies by scope, export results to file, and include/exclude dependencies using expressions. If you were interested to know more, you can subscribe to my blog feed, follow me on Twitter or GitHub. Hope you enjoy this article, see you the next time!