Today, I want to share with you all the projects that I've done during the last 365 days. They’ve special meaning for me because it’s the first time that I kept a very active status in programming ...

Today, I want to share with you all the projects that I’ve done during the last 365 days. They’ve special meaning for me because it’s the first time that I kept a very active status in programming during a whole year. There’re many projects that have been done in various contexts, including IoT, Mobile, Web, blog, Business Intelligence and open-source framework. Now, let’s take a look into them. 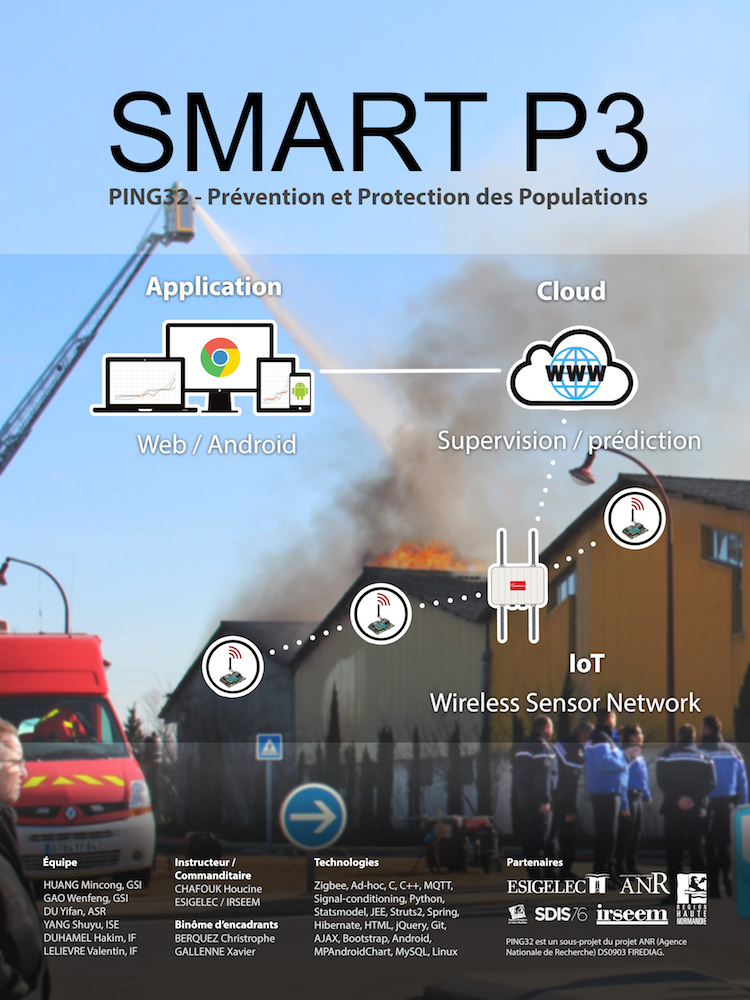 Smart P3 is a scholar-level engineering project which aims to provide a complete IoT (Internet of Things) solution for fire diagnostic: from sensor data collection to real-time fire data diagnostic and monitoring. Thanks to our system, fire fighters and fire system administrators are able to monitoring the situation through responsive Web UI or Android applications on real-time. This project is part of the R&D program FireDiag (ANR-14-CE28-0011), sponsored by the National Research Agency of France (ANR), in collaboration with 4 Normandy laboratories and the Fire Department of Normandy (SDIS 76). This project was started at February 2015 and ended at February 2016. It was composite by 6 students of ESIGELEC and contains 4 major parts:

As the team lead of this project, my missions were: 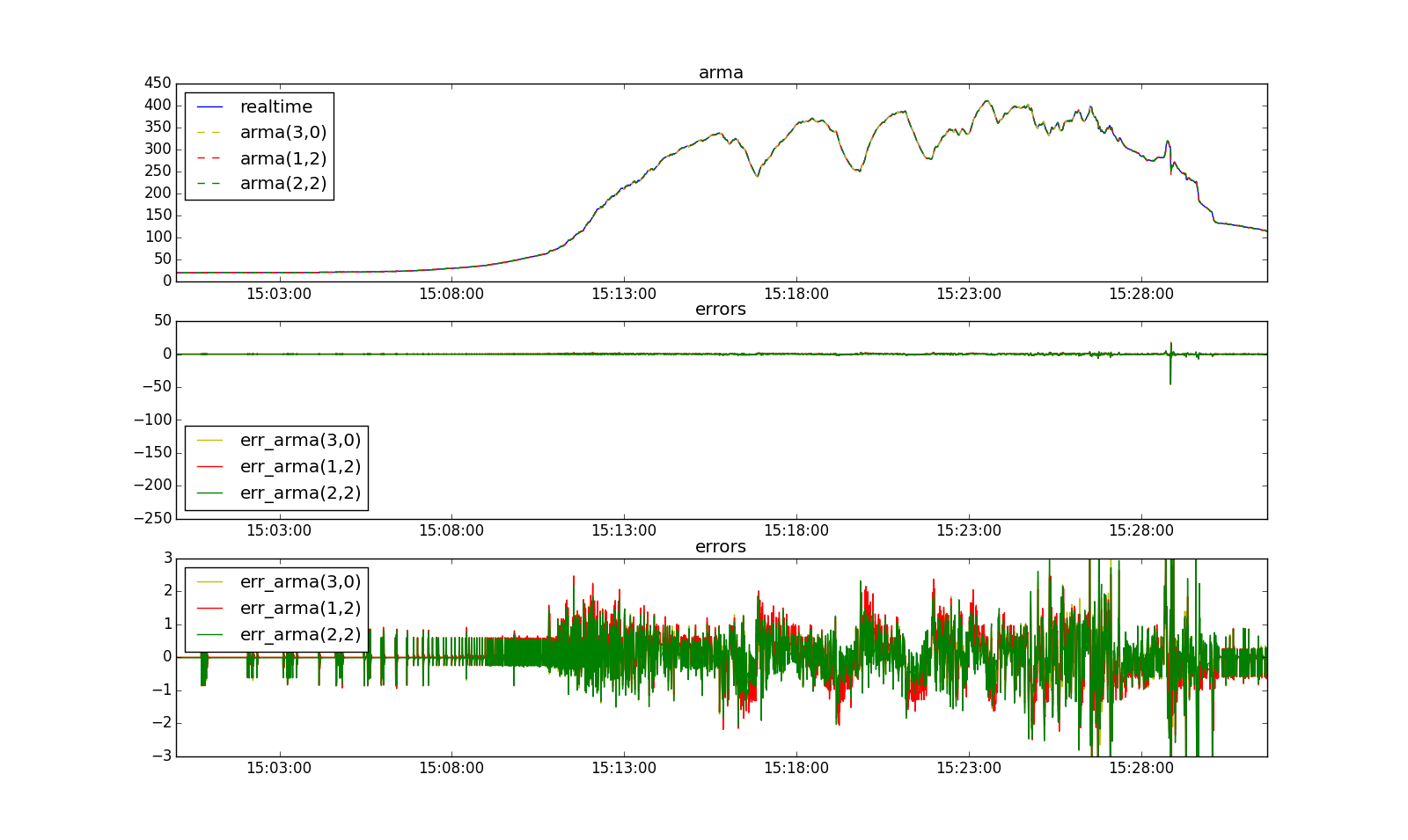 In module PING32M, I compare different models for data modeling, applied to real-time prediction. This part is implemented in Python. Actually, PING32M runs as a daemon in the server, so it can reveive permenantly sensor data sent from IoT using M2M protocol MQTT. Once data are treated, the results will be sent to module PING32J. 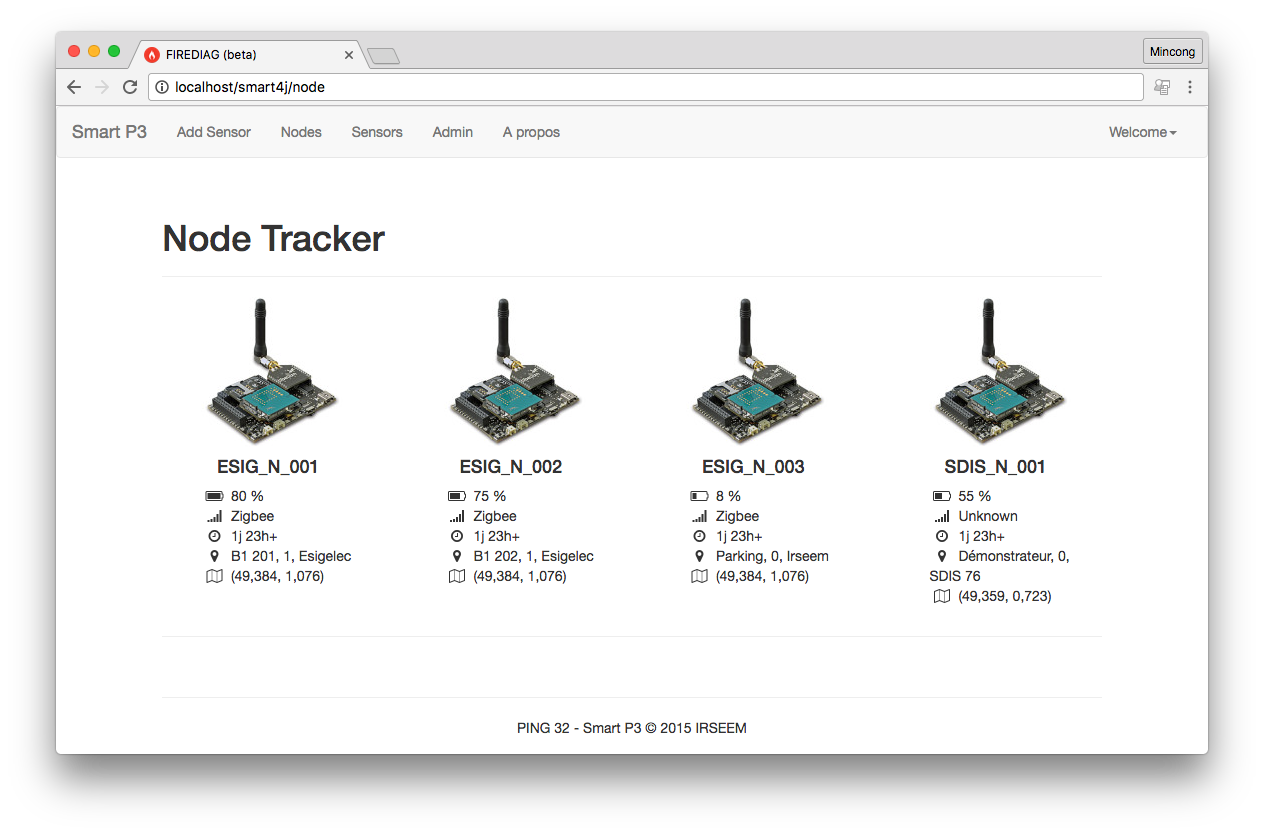 Through the page node, we can monitor the number of nodes and their status. This information comes from module PING32M using HTTP. 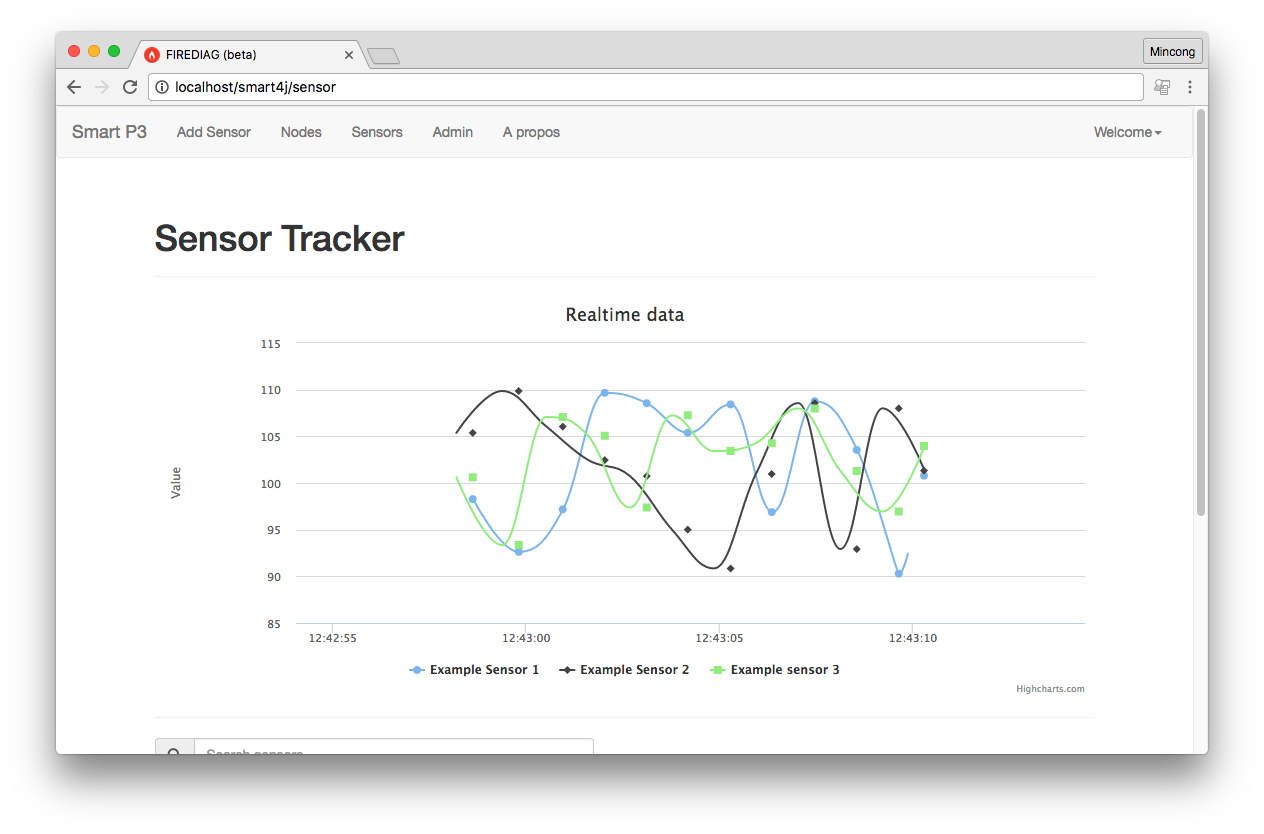 E-Rally is a rally event organized by French association Elles bougent on 7th April 2016 at Paris, which provides an opportunity for female teenagers to discover several industrial & internet companies. We hope this program can help them to understand power of engineering and choose this domain as their career in the future. 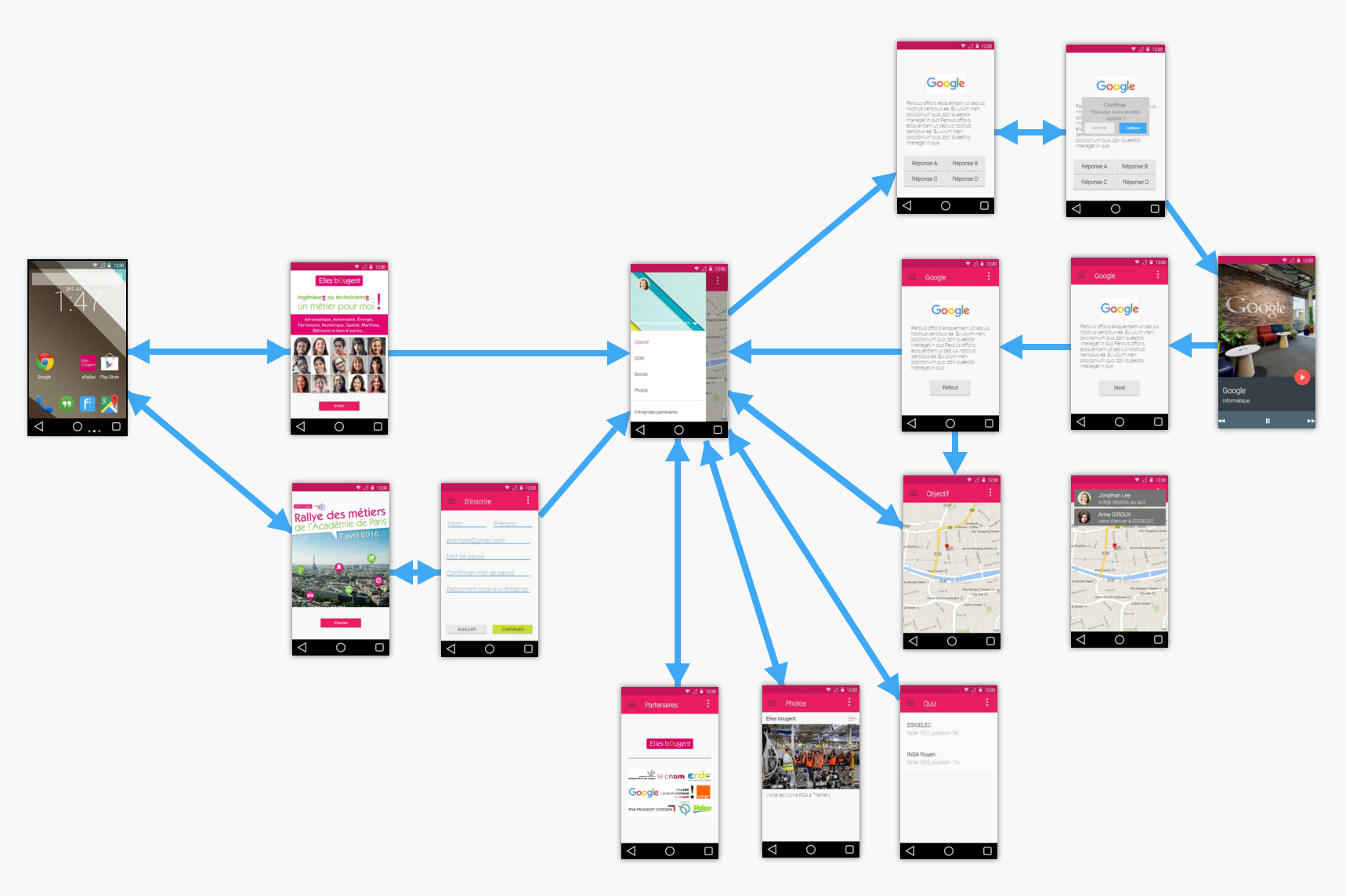 Our solution E-Rally is an Android application which provides an interaction platform for the participants of this event “E-Rally”. It provides the possibility to define groups among users, find the game objectives from GPS, reply questions, share users’ etc. Each user has a group and each group has its own score. Answering questions correctly or post more photos can gain more points. At the end of the rally, the team having the highest points will be rewarded.

In term of technologies, we have 2 major parts: a web server written in Java and an Anroid application. For the server side, we use Tomcat server. This solution contains also Spring and Hibernate ORM. Angular JS is used for web pages development.

Google Summer of Code is a global program focused on bringing more student developers into open source software development. Students work with an open source organization on a 3 month programming project during their break from school. My GSoC project provides an alternative to the current mass indexer implementation of Hibernate Search, using the Java Batch architecture (JSR 352). I’ve been working on this project for 4 months.

What is it about?

Hibernate Search brings full-text search capabilities to your Hibernate/JPA applications by synchronizing the state of your entities with a search index maintained by Lucene (or Elasticsearch as of Hibernate Search 5.6!). Index synchronization usually happens on the fly as entities are modified, but there may be cases where an entire index needs to be re-built, e.g. when enabling indexing for an existing entity type or after changes have been applied directly to the database, bypassing Hibernate (Search).

Hibernate Search provides the mass indexer for this purpose. It was the goal of my GSoC project to develop an alternative using the API for Java batch applications standardized by JSR 352.

Implementing the mass indexing functionality using the standardized batching API allows you to use the existing tools of your runtime environment for starting/stopping and monitoring the status of the indexing process. E.g. in WildFly you can use the CLI to do so.

Also JSR 352 provides a way to restart specific job runs. This is very useful if re-indexing of an entity type failed mid-way, for instance due to connectivity issues with the database. Once the problem is solved, the batch job will continue where it left off, not processing again those items already processed successfully.

As JSR 352 defines common concepts of batch-oriented applications such as item readers, processors and writers, the job architecture and workflow is very easy to follow. In JSR 352, the workflow is written in an XML file (the “job XML”), which is used to specify a job, its steps and directs their execution. So you can understand the process without jumping into the code. Check the complete blog post in hibernate team blog in.relation.to or visit this project on GitHub.

BI DVI is a Microsoft BI solution for Orange DVI, which provides a unique platform for data integration (ETL), data storage, data analysis and data reporting for this sales department. This prototype was started at the early 2013 using SQL Server 2012 and now migrated to SQL Server 2016. I’m the only developer since October 2013. As you can see, there’re 5 layers in this complex solution:

Our system is not a huge system, there’re about 20 different data sources coming from 4 systems. Data entries are varied, e.g. flat files, Microsoft Access Database and SQL Server. The major pain is the ETL part, because the data integration is not a simple CTRL + C and CTRL + V but rather a complex transformation. The entry sources need to be transformed from tabular into a multiple dimensional storage model, which means that the dimensions and facts are stored separately. Then, the associated data among dimensions and facts are referenced by primary keys and foreign keys. Also, this system treats rejected data, so for those rows failed for integration, they are still stored in rejection tables. All these ETL processes are written in SQL Server Integration Services (SSIS). My mission of this year is to: